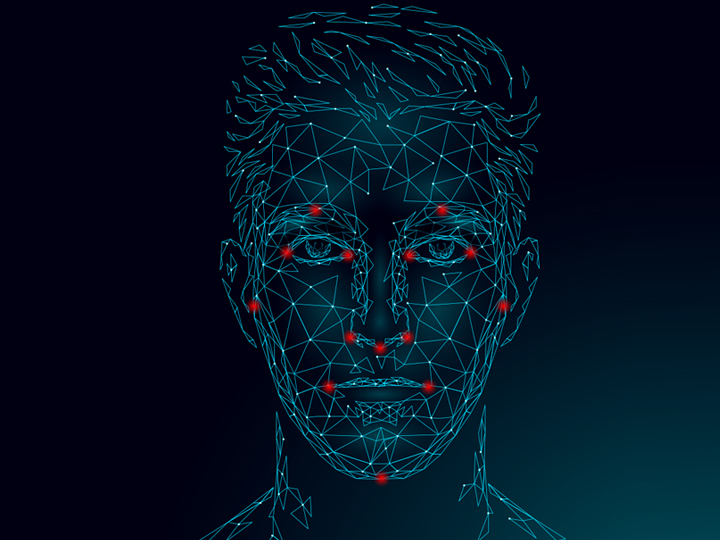 Facial recognition is one of the most popular method of biometric identification. In three years, the share of facial technologies in the total volume of the biometric market has grown more than six times and reached almost 50%. Cameras with face detection are used everywhere — in mobile applications, bioacquiring, security systems and access control.

Alexander Dremin, CEO of BIOSMART, explains how a biometric camera recognizes your face, what tasks it is particularly useful for, and why it is almost impossible to deceive it.

Imagine, you are walking down the street or entering an office, and suddenly you notice a friend.
Before you smile (or, on the contrary, pretend to be completely immersed in your thoughts), your brain will have time to solve several complex cognitive tasks in a split second:

In fact, any identification task is reduced to these stages: detect the identification object (for example, a face), study it, identify unique features and compare it with the catalogue of samples in the database.

The brain of a living being solves problems of this level of complexity almost instantly, but an ordinary computer program cannot cope with it.

Neural networks are used to solve face recognition problems. An artificial neural network is a mathematical model modeled on a network of biological nerve cells. The elements of such a network — neurons — are the smallest computing units, a kind of "nano-processors", each of which receives information, performs simple calculations on it and passes it on.  In branched and complex neural networks, neurons are grouped into "layers", and a neuron of each layer can receive information from all the neurons of the previous layer, and transmit, respectively, to all the neurons of the next one.

The architecture of a neural network is much more complex than ordinary program code: processing the flow of incoming information, neurons constantly interact with each other, so the coefficients of communication between them change over time. Similar processes occur in the brain of a living being when it accumulates experience in solving certain tasks, so in neural network programming, this process is called learning or training.

Complex image recognition technologies most often use so-called convolutional neural networks, which neurons like cells in the visual cortex activate and respond to straight lines at different angles.

The convolutional network is capable of "deep learning" — passing through a large array of examples, it learns to detect the distinctive features of objects, finds relationships between them, and applies the experience to detect new objects.

The convolutional neural network programs itself to detect objects of a certain type and notice their distinctive features.

In practice, a trained neural network can successfully detect a face in the optical information array in real time, normalize it (i.e., "complete the sample" of a face turned at an angle, insufficiently illuminated or distorted by facial expressions), identify its distinctive features and, depending on the task, verify the person in the 1:1 mode or identify them in 1:N mode.
The architecture and behavior of convolutional neural networks have two striking consequences.

First, the longer the neural network works, the better it copes with tasks.  The more examples it passes through, the more accurately it detects each new object. Trained neural networks accurately determine a person's face.

Secondly, the neural network successfully recognizes the exact images it is trained on.
This thesis is perfectly illustrated by the events of today. The COVID-19 pandemic has given the biometric industry a new challenge. Algorithms trained to recognize a normal face should now be able to recognize a masked face. The national Institute of standards and technology (NIST) of the United States conducted a series of studies to find out how well facial recognition algorithms work in a mask mode. NIST specialists tested 89 algorithms created before the start of the pandemic on 6 million photos in verification mode. As a result, it turned out that algorithms which normally recognized faces with an accuracy of 99.7% are wrong with an average probability of 20% to 50%.

The result, needless to say, is generally disappointing. Companies that previously did not dare to use biometrics in ACS and worktime tracking finally realized its advantages, such as hygiene, no contact, speed and convenience of recognition. The simplest devices for biometric identification (in fact, tablets with a camera), thermal imagers and "coronavisors" flooded into the market.

The natural result of widespread attempts to introduce cheap hardware and software was disappointment in the technology itself. Consumers were convinced that such devices are characterized by unreliable design, fragile body, and difficulty in integration into existing systems. In addition, the software trained on the faces of people of one ethnic group does not cope with the identification of the other, and the security of storing biometric data raises a lot of questions.
The saddest thing here is that by introducing cheap, dubious equipment developed by one-day companies, consumers make a conclusion about the technology as a whole, whereas in reality, real high-quality biometrics is a very complex branch of knowledge and it has nothing to do with this kind of crafts.

The pandemic clearly showed that in order to make a reliable biometric device that is effective in a pandemic, you need first of all experience and deep knowledge in the field of neural network programming. We have been working on the market since 2006. Today, the BIOSMART R&D group has 25 highly qualified programmers who are graduates of leading universities. Even with such impressive resources, we understand how difficult it is to create an algorithm that will reliably and stably recognize a person, guarantee the security of the system and eliminate the very possibility of theft of biometric and personal information.

No device that has been copied from some other model that has not passed the tests and hides the principles of its operation will not cope with the task of recognizing a face, especially a face in a mask. Thus, even to train our BioSmart Quasar terminal to work in the conditions of the COVID-19 pandemic, it took more than one month. We generated a database of masked faces by applying three types of masks to photos of people. We conducted hundreds of tests. We debugged and improved the algorithm dozens of times until we were sure that it works satisfactorily.

﻿How face recognition devices are protected from fraud

The neural network algorithm is trained on photos, but in real life practice, the face recognition device should never respond to a photo or video image or other fakes. Otherwise, the attacker would have only needed a photo of the President printed from Wikipedia to get into a top-secret government bunker.

A set of measures that protect the biometric system from forgery is called anti-spoofing. Modern devices implement several types of anti-spoofing measures, primarily those that allow you to make sure that a real person is in front of the camera, and not a photo, video, or silicone dummy. This is called liveness detection.

Our BioSmart Quasar terminal is protected from spoofing attacks both at the software and the hardware levels.

At the hardware level, it is protected by a modern stereo camera with IR and RGB channels and adaptive illumination in the infrared range. The camera sees the face in 3D volume and recognizes its features even in complete darkness. In addition, the terminal can be equipped with a remote temperature sensor. If the temperature of the object in front of the camera does not fall within the range of normal human body temperature, the ACS will not allow access to the room.

At the software level, a multi-stage anti-fake system is built into the device's algorithms. First of all, the terminal detects the color of the image and does not respond to black-and-white photos. Then it makes sure that the face has volume (this information is transmitted by the stereo camera). And, finally, if the information is still insufficient for error — free identification, the device asks the user to perform certain actions — in particular, to smile. If you manage to fix the smile, the system receives confirmation that the person in front of it is alive.

Where do I need facial biometrics?

At the current level of technology development, face identification is becoming one of the most reliable methods of identity verification.

Today, BioSmart Quasar successfully works as part of the ACS, solves the problems of worktime tracking and time & attendance, and is also used in bioaquiring.

In the retail sector, its prospects are particularly broad: the face as a universal identifier can be used

Unlike unverified cheap devices, BioSmart Quasar guarantees the security of user data and the stability of the system against forgery, so it can be used on the most secret objects or in financial systems.